“We do not want to be involved in advocacy-led studies that so often, and mostly for the right reasons, have been criticized.”

—Mars, Inc. after announcing its planned departure from the International Life Sciences Institute

The food industry’s trade group, the Grocery Manufacturer’s Association (GMA), has lost at least eight of its corporate members since the summer of 2017. And now Mars, Inc. has left the industry’s science propaganda arm, the International Life Sciences Institute (ILSI). Will ILSI suffer the same fate as the GMA?

The GMA exodus began when the Campbell Soup Company left the association in June 2017. Campbell split with GMA on the topic of labelling genetically modified foods. (We derived most of our GMA information from Helena Bottemiller Evich’s essential reporting in Politico). Campbell claimed to be “driven by purpose and principles,” but it had some solid reputational reasons to do so as well. GMA has become infamous for opposing consumer transparency for both added sugar and genetically modified foods.

In November 2016 Washington state forced GMA to pay the “largest campaign finance penalty” in U.S. history after it laundered millions from Coke, Pepsi, Nestlé and other corporations in opposition to a proposed labeling law. GMA’s scheme was to “shield individual companies from public disclosure and possible criticism” by hiding the individual contributions that each corporation made.

During the four months that followed Campbell’s June 2017 announcement, little happened. But then, Nestlé announced it would also leave GMA in late October. Nestlé appears to have split with the GMA over added sugar labeling. While GMA opposed the proposal, Nestlé and its fellow candy company Mars, Inc. supported it, “concluding it was what consumers wanted or would be good for their business, or both,” as Politico reported.

In hindsight, Nestlé’s decision was the tipping point. Within the next four months, at least six other major food companies followed suit and announced they would leave GMA as well. Mars was the third to announced it. Then, Unilever, Dean Foods and Tyson followed shortly thereafter.

The departures clearly took GMA by surprise. Its government relations, global strategies and “health and nutrition policy” executives all left and were replaced.

What factors changed the food industry’s calculus in 2017? GMA had once shielded food companies from public scrutiny while they lobbied against public health and transparency. Yet in the wake of the Washington state decision and amid increasing public scrutiny of the food industry’s agenda and products, GMA no longer served as a shield. In fact, the association seems to have become a liability.

With GMA Collapsing, Is ILSI Next?

Does the GMA’s fate await the International Life Sciences Institute? Since its founding in 1978, ILSI has surpassed even the GMA as a reputational shield—and this despite a much more difficult mission.

How does ILSI get away with this? It exploits the nonprofit loophole. This loophole, unfortunately, is prevalent in most institutional conflict-of-interest policies. For example, the U.S. Department of Health and Human Services would never allow its employees to be board members of junk food or tobacco corporations. Yet they have often served as board members of the International Life Sciences Institute.

No academic journal would allow an author to declare no conflicts of interest after listing his email as John.Doe@Cocacola.com. Yet ILSI authors frequently get away with that. How? Well, ILSI portrays itself as a “nonprofit, worldwide organization whose mission is to provide science that improves human health and well-being and safeguards the environment.”

Furthermore, ILSI funds CDC and NIH employee travel. NIH even funds ILSI events. And that’s just in the U.S. ILSI has penetrated the highest levels of public health agencies in South Africa, Brazil, Malaysia and China. It is quite normal for the world’s high-level public health officials to simultaneously hold leadership positions in the food and tobacco industry’s scientific propaganda arm.

Here’s ILSI’s problem. As long as journalists, doctors, and the public were unaware of its true nature, it could advocate for industry with impunity. But Mars’ departure is calling much more attention to ILSI, just as Campbell Soup’s departure did to the GMA. And more important, in its departure Mars has validated the very message that CrossFit, U.S. Right to Know and other healthy food movement organizations have long shared. Its Vice President of Public Affairs, Matthias Berninger, said.

“We do not want to be involved in advocacy-led studies that so often, and mostly for the right reasons, have been criticized.” 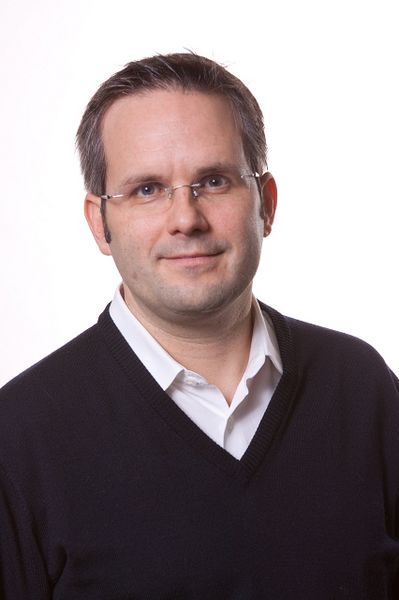 Matthias Berninger of Mars, Inc. has been honest about ILSI’s bad behavior.

What’s next? As we mentioned, Nestlé was the turning point for GMA’s downfall. Will it also be the second organization to leave ILSI? Nestlé left GMA due to concerns about added sugar labelling. Well, ILSI has published deceptive research on added sugar, and this is one reason Mars left.

Whether Nestlé leaves ILSI depends on how closely Nestlé is following ILSI’s travails, and how concerned it is about the public turning against it. Nestle should be concerned, as the current ILSI President is Peter van Bladeren of Nestle. Any outcry against ILSI will inevitably hit Nestle hard. And the New York Times has recently exposed Nestle’s role in funding industry-friendly nutrition “science” in Malaysia, which it did through a local ILSI leader E-Siong Tee, who happens to double as a government health official.

We have good reason to believe Nestlé is following very closely. For one, Nestlé HQ consistently reads our blog. But in case Nestlé’s not concerned enough about ILSI, you might contact them on social media and let them know that the Coca-Cola-fication of science and public health has got to end: