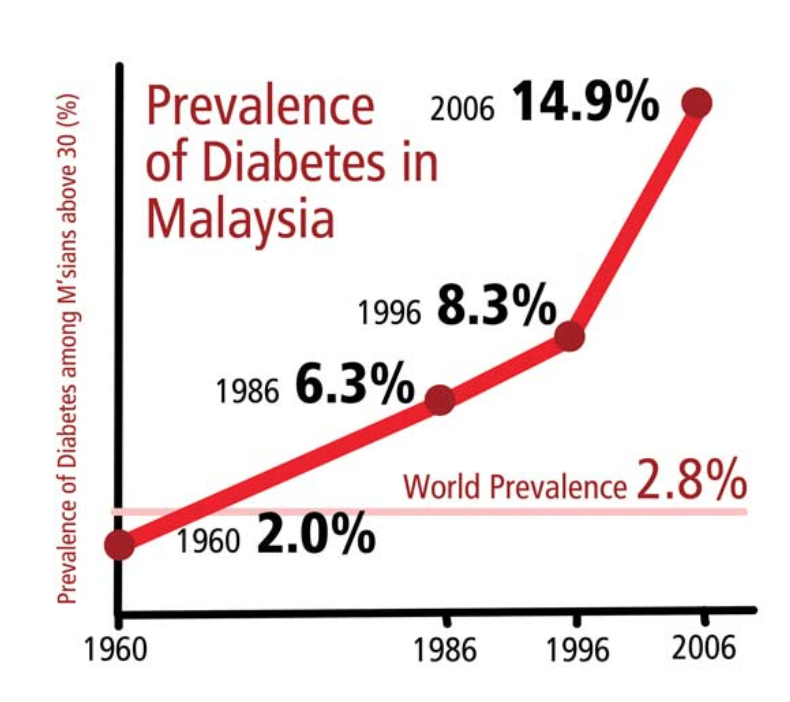 17.5 percent of adult Malaysians suffer from diabetes. That rate vastly exceeds the U.S.’s 11.5 percent diabetes prevalence. And Malaysia’s diabetes rate has more than doubled since 1996.

How did diabetes in Malaysia become such an epidemic? It may help to start by asking what Malaysia has in common with other countries with runaway diabetes problems. Like the cases of China, South Africa and the United States, Malaysia’s public health has been heavily influenced by food and beverage interests. This influence occurred through a malignant non-profit called the International Life Sciences Institute (ILSI).

The New York Times covered Siong’s conflicts of interest in a 12/23/2017 article. The Times article emphasized his funding from Nestlé, as well as from Kellogg’s, PepsiCo and Tate & Lyle. It did not, however, address Siong’s leadership role in Coca-Cola’s International Life Sciences Institute (ILSI). And it did not reveal that Siong has profited from his government position by personally collecting admission fees to IILSI events co-hosted with the Malaysian government.

Siong works for the Malaysian Ministry Of Health (MOH) in its Food Safety and Quality Division. His regulatory roles have included,

In addition, Siong is “Scientific Director” of the ILSI Southeast Region organization. Siong’s ILSI relationship began in 1996, the same year he became President of the Nutrition Society of Malaysia. (ILSI is a non-profit organization, founded by a Coca-Cola executive, that has been funded by major tobacco, soda, and junk food companies. Public health officials have repeatedly documented instances of ILSI influencing health policymakers on behalf of its tobacco and soda sponsors). In 1999, Siong’s employer, the Ministry of Health, released its first ever dietary guidelines. They encouraged Malaysians to “Eat more rice.”

From the 1970s through 2002, Siong was “Head of the Cardiovascular, Diabetes and Nutrition Research Centre of the Institute for Medical Research (IMR),” which is the research arm of Malaysia’s Ministry of Health. In 2006 Siong spoke on “Carbohydrate Dietary Guidelines From Around the World” for ILSI. He presented for ILSI on nutrition label regulations in 2012. And in 2016 Siong presented for ILSI on “regulatory status and challenges” regarding micronutrient fortification for junk food companies in the region.

Siong founded TES NutriHealth Strategic Consultancy in 2002. The name appears to be derived from one version of his personal initials. It’s a boutique lobbying consultancy for junk food companies, and quite transparently so. TES offers “petitions to regulatory authorities” as a core service. How is he lobbying and regulating on the same issues at the same time? Siong has even presented for ILSI on how food corporations can apply for regulatory permission to make new health claims in Malaysia (page 5), obviously based on his experience as a food regulator in the country.

Here’s where it gets even more interesting. ILSI Southeast Asia, of which Siong is the scientific director, holds events in Malaysia regularly. To register for those events, attendees make checks out to TES NutriHealth Strategic Consultancy, not to ILSI. And here’s another example of Siong collecting checks for an ILSI event. And here’s a 2010 ILSI event where Malaysians paid Siong’s firm directly. It was organized in collaboration with the Australian government through its Commonwealth Scientific and Industrial Research Organisation. Australia’s government also sponsored a 2007 ILSI event where checks were paid directly to Siong’s firm.

This pattern by itself is strange: Is Siong’s relationship with ILSI so close that he is allowed to personally profit from their events? It gets even stranger.

Here’s a 2011 event the Malaysian Ministry of Health’s Food Safety and Quality Division co-organized with ILSI. Again, Siong works for the Malaysian Ministry of Health, in that very division. Registration fees were paid directly to Siong’s TES NutriHealth Services. And here’s the registration form. Interestingly, there and wherever else his MOH food safety role is listed, his contact email is his TES firm’s email, not an official government email account.

And this 2009 ILSI event was co-organized with the Malaysian Ministry of Health, and it also asked for checks made out to Siong’s firm.

So Dr. Siong seems to be profiting personally from his Malaysian government and ILSI jobs. And where exactly does ILSI Southeast Asia end and TES NutriHealth Strategic Consultancy start? Somehow, Siong’s academic work continues to declare “no conflicts of interest.”

Take another look at the Malaysian diabetes graph we posted above. What might have happened around 1996 that caused Malaysia’s diabetes rate to climb more over the next decade than it had in the past two generations?

1996 is the year Malaysian public health official Dr. Siong Tee became president of Malaysia’s Nutrition Society and joined the Board of Scientific Directors of the International Life Sciences Institute.

That may be mere coincidence. Coca-Cola’s regulatory capture of Malaysia’s nutrition and public health apparatus was immediately followed by an unprecedented spike in the diabetes rate, but those two facts might have nothing to do with each other. Sure, it’s possible.