Question: How close is the Hillary Clinton campaign to Coca-Cola?

Answer: so close that a hack aimed at revealing Clinton campaign emails inadvertently discovered years’ worth of correspondence among Coca-Cola’s communications team.

DC Leaks, the organization that released Colin Powell’s emails, published a database of emails from Clinton insider Capricia Marshall last Thursday. Other sources have examined these emails as they relate to the 2016 presidential campaign. This article will analyze the Marshall emails from a more important perspective – that of public health.

The emails reveal that Marshall has simultaneously worked for Coca-Cola’s communications team and at a high level in the Clinton campaign. In addition, Sara Latham, now a senior official at Hillary for America, worked for Coca-Cola’s campaign team through her Latham Group firm until August 2015. And Coke’s Clinton campaign officials do not appear to have kept their Coca-Cola and Clinton interests separate.

When Hillary Clinton supported Philadelphia’s soda tax this April, Latham and Marshall both played critical roles in Coca-Cola’s damage control. What follows is a case study in how corporations influence American politics through strings-attached donations and well-placed personnel.

Capricia Marshall works for Coca-Cola and the Hillary Clinton campaign.

It is public knowledge that Coca-Cola maintains a close relationship with the Clintons. Coca-Cola paid the Clinton Foundation between 5 and 10 million dollars. And Bill Clinton celebrated the Coca-Cola bottle’s 100th birthday on stage with Coke CEO Muhtar Kent at the Clinton library in Arkansas. Coke marketing executive Wendy Clark took a four-month break in early 2015 to help Hillary prepare her presidential campaign. Nonetheless, the Clinton campaign emails reveal previously undisclosed overlap and coordination between Coke and the campaign.

We do not condone the hacking of private emails. Once the deed’s done, however, we have no obligation to ignorance. On the contrary, in order to drive Big Soda out of the health sciences we must know Big Soda better than it knows itself. Activists cannot match the American Beverage Association dollar for dollar, so we must be quicker and smarter.

Links to specific emails below go to Google Drive files, where we have saved them for posterity.

Capricia Marshall’s Clinton ties date at least back to Bill’s 1992 presidential campaign. She then served as Hillary Clinton’s special assistant from 1993 to 1997, and then as White House Social Secretary from 1997 until 2001. While Hillary Clinton served as Barack Obama’s Secretary of State, Marshall served as Chief of Protocol at the State Department. At the State Department, Clinton once had Marshall procure a dessert recipe for then Afghan president/suspected opium kingpin Hamid Karzai.

The evidence that Marshall is working on Hillary Clinton’s presidential campaign is extensive and undeniable. HillaryClinton.com features her prominently at Clinton campaign events.

Marshall’s emails reveal that she worked with Coca-Cola’s communications team through Michael Goltzman, Coke’s VP for International Government Relations & Public Affairs. The database contains emails between Goltzman and Marshall from February 18, 2015, through June 14, 2016. It reveals that Marshall billed Coca-Cola $7,000/month for “strategic consulting and marketing work.”

Is it acceptable for presidential campaign officials to simultaneously help one of the major contributors to death and disease improve its public image? Considering that we tolerate federal health officials with ties to Big Tobacco and Big Soda, it can’t be much of a surprise that we tolerate this conflict of interest as well.

As for Sara Latham, she seems to have contracted with Coca-Cola through the Latham Group until August 2015, at which point she joined the Clinton campaign. Latham serves as Senior Advisor to the Chair, John Podesta, according to her LinkedIn profile. She has alternately been described as the Chief of Staff for Podesta, with whom she shares an office. But Latham’s service to Coca-Cola apparently did not end when she joined the Clinton campaign.

Coca-Cola Leverages its “People Inside the Campaign” on Soda Taxes

Coca-Cola and the American Beverage Association were not happy with Hillary, as the Daily Caller has covered. ABA CEO Susan Neely emailed the news to Coca-Cola, where Clyde Tuggle, Chief Public Affairs and Communications Officer, decided the best move was to contact the Clinton campaign for an explanation. When Coca-Cola had a problem with something Hillary said, it contacted its own communications staff who worked on the campaign.

At 10:58 p.m. on April 20, the day Clinton supported the soda tax, Tuggle emailed Latham and Marshall. He seemed furious:

“Really??? After all we have done. I hope this has been falsely reported. Pls give me some talking points for Muhtar in the am. Thanks!”

If there is any doubt that Coca-Cola’s generous donations come with strings attached, Tuggle’s email should erase all doubt. When Coke opens its coffers, it expects reciprocity.

The next morning, April 21, Latham took the lead and asked Marshall not to speak to Hillary yet. At 9:22 a.m., Coke’s Matt Echols reported to Coke’s “Global Pac leadership team,” that

“Outreach is being made to Secretary Clinton’s campaign at the highest levels to clarify.”

Seventeen minutes later Tuggle checked back in with Latham and Marshall for an update.

“Sorry to be a pest on this, but Muhtar and Sandy are now involved and looking for answers. Additionally, the industry will now have to take a public stance.

Sara, would really appreciate a call when you have a minute.”

That afternoon Tuggle wrote in an internal email that he had shared Coke’s intel on the Philly soda tax with “my people inside the campaign.”

Whatever Latham and Marshall did in their capacities as Clinton campaign officials seems to have worked for their friends and colleagues at Coca-Cola. Later that evening, Coke VP for Government Relations Kate Rumbaugh reported,

“The HRC campaign leadership team was caught unaware of the comments about the beverage tax. It was not part of the agenda or planned comments, nor part of the policy brief.”

In addition, Rumbaugh stated that she worked with the Hillary Clinton campaign’s,

“… comms team to keep story to one day and requested an outreach to Mayor with same objective.”

Best of all for Coca-Cola, Rumbaugh learned from the Clinton campaign that soda taxes were “not part of the campaign policy agenda and will not be pushed further.” They kept their word to Coke. Clinton has not brought up soda taxes since, nor has she mentioned any other regulation of the soda industry.

So did the Coca-Cola people inside Clinton’s campaign cause Hillary to walk away from her soda tax position? It is not clear to what extent Coca-Cola’s Clinton Foundation funding and/or Coca-Cola’s leverage over key Clinton campaign officials contributed to Hillary’s decision to leave the soda issue behind. That would require access to phone conversations and emails we do not yet have.

Soda tax advocates will be interested in Coca-Cola’s Philly soda tax strategy and position paper documents, as well as their “messaging” on Mexico’s soda tax. They claim “education” works better than “discriminatory” taxes. yet also opposes soda warning labels, accusing them of “scaring people about products that are safe.”

Strangely, the DC Leaks database does not include any Coca-Cola emails from August 2015, the month that the New York Times first exposed the Global Energy Balance Network. Nonetheless, it does reveal that Coke sent a representative to attend and take notes on Dr. Marion Nestle’s speech at Sydney University in January.

Dr. Nestle, an NYU professor who most recently published “Soda Politics,” spoke on conflicts of interest in health science and government food policy. She mentioned the GEBN as a case study in soda-influenced science. 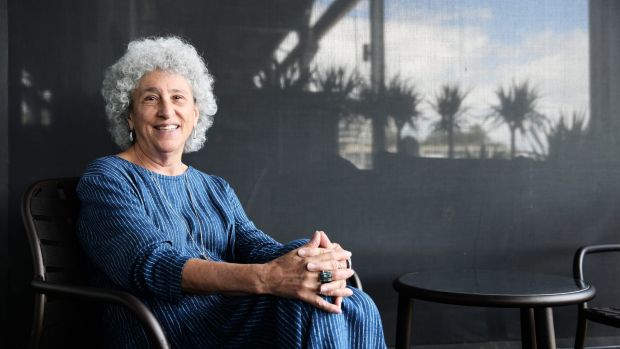 Coke Tracking the Center for Science in the Public Interest

On May 16, 2016, the Center for Science in the Public Interest released a report on how Coca-Cola has violated its pledge not to market to children (Full disclosure: we corresponded with CSPI regarding the report, which cited a Russells’ blog post).

“Overall, the report did not get much traction in social media, although volume was slightly elevated among the key health and wellness influencers we track.”

The soda company also analyzed the evidence CSPI compiled of it violating its pledge not to market to children. Internally, Coke conceded that CSPI’s information was at least partially accurate, but did not commit to stopping its pledge violations. As a Coke employee stated, the report detailed “some things that we are contemplating ending.”

“A contributor to CSPI’s report, who also blogs regularly on Forbes.com, reached out for comment. We have been working to build a relationship with the blogger and, in a background conversation, inquired whether she would disclose her connection to the report in her post.”

Nancy Huehnergarth fits that profile. She writes a Forbes.com blog and contributed to CSPI’s report. Now, there is no indication that Huehnergarth reciprocated Coke’s desire to build a “relationship” with her. And her writing shows no sign of favoring Big Soda, quite the opposite. Nonetheless, this shows the importance of counterintelligence for public health activists. We should act under the assumption that Coca-Cola and PepsiCo are tracking us closely on blogs and social media and attempting to develop relationships with our colleagues, because they are.

Similarly, the emails show that CSPI’s Mike Jacobson communicated with Coca-Cola prior to the report:

“FYI…Sandy was given a heads-up by Jacobson on this and continues to be in ongoing dialogue with him.”

CSPI’s behavior is not untoward either. It is just remarkable how sensitive Coca-Cola is to anyone releasing information about how it markets to children and pays scientists. It monitored US Right to Know’s letter to the FDA very closely as well.

You may recall Candice Choi’s March 2015 Associated Press story  on how Coca-Cola “is working with fitness and nutrition experts who suggest its soda as a treat.” The Clinton campaign leak reveals the embarrassing way the story began. Coke PR and communications official Ben Scheidler admitted,

“The reason for Candice wanting to do this piece was prompted by an inadvertent email that was sent to her, which was meant for internal purposes. Despite our efforts to dissuade Candice from writing this story, she and her editors have decided to move forward anyway.”

If there remained any doubt that Coke leverages its health professional payments for marketing, these emails dispel that doubt as well. Coke released an interview with some of its paid dietitians and health professionals as part of its “mitigation strategy” three days before Choi’s article reached publication.

We Have Only Scratched the Surface

This past week Michael Pollan wrote in the New York Times, “the (healthy) food movement still barely exists as a political force in Washington.” In contrast, the American Beverage Association is well-placed to dominate D.C. for years to come.

Hillary Clinton will be our next president, if polls are any indication. This means public health advocates have to prepare for 4-8 years of a Clinton presidency. Thus they should more closely examine the DC Leaks archive. It contains hundreds of relevant emails, some of which we have not yet reviewed, let alone covered. Pay especially close attention to the Clinton Foundation, Clinton’s Team and obviously, the “Conversations with the Coca Cola VP Michael Goltzman.”

On April 20, 2016, Hillary Clinton spoke her mind on soda. Then Coca-Cola worked with Clinton’s own officials to make sure she never does so again.

(Update: since the publication of this article, it has been revealed that,

4. Cheryl Mills and Wendy Clark discussed an “approach” to Kent in December 2014:

“And on the Muhtar point – I want to discuss the approach conv with HRC – are you speaking to him today or tomorrow?” )