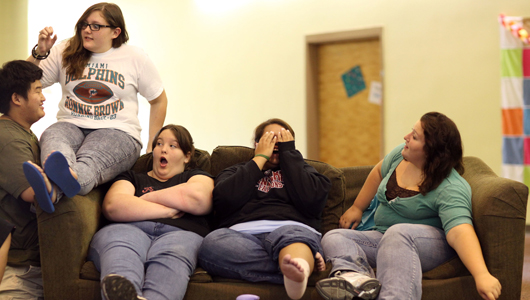 The data on high school sex rates is compelling: 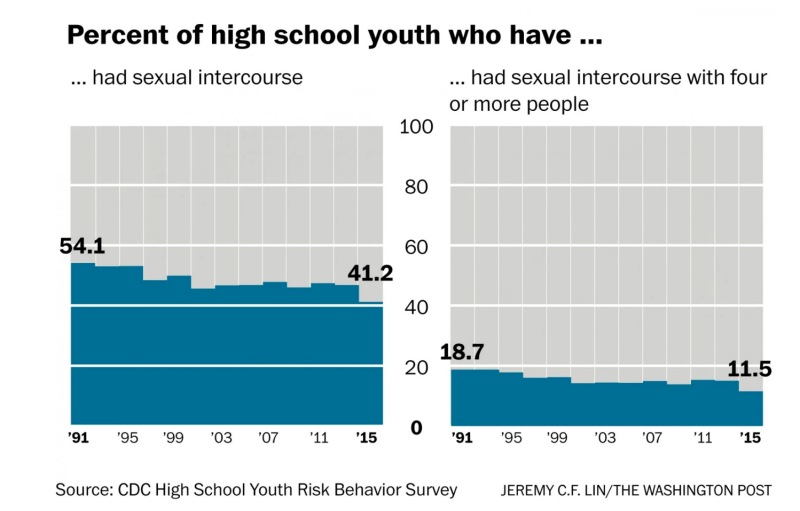 And it’s not just high school students who stopped doing it. The sexlessness trend has continued for people in their 20’s. The Post reports that,

Yet the Post article falters when it tries to explain why more young people are avoiding sex. It asks some sexually inactive young people to explain themselves. Sam Wei alleges that she finds “intellectual conversation more stimulating and more pleasurable than having sex sometimes.” OK, but who said these were mutually exclusive?

An 18-year-old video gamer named Noah Patterson’s justifies his lack of sex by claiming it is “not going to be something people ask you for on your résumé.” Right. One virgin compared having sex to trying out a deli’s new menu item:

I’m curious on a physical level, like I’m curious about how a new sandwich would taste, but it’s not like a driving curiosity.

We may consider these explanations skeptically, and not just because they come from people who chose to expose themselves as virgins in a national newspaper. Anyone who has tried to help a friend with nutrition knows behavioral explanations often diverge from a strict reading of reality.

What do the social scientists say? Jean Twenge, a professor of psychology at San Diego State University, points to smart phones:

This was the group that really started to communicate by screens more and by talking to their friends in person less.

Take Tinder though. People can also use their smartphones to find sexual partners, not just to avoid them.

The experts also suggest the need for “safe spaces” and a fear of rape accusations as possible causes.

Astoundingly, no one in the article mentions the elephant in the room: soaring rates of obesity and chronic disease. During the same period high school sex plummeted, adolescent obesity rates nearly doubled. 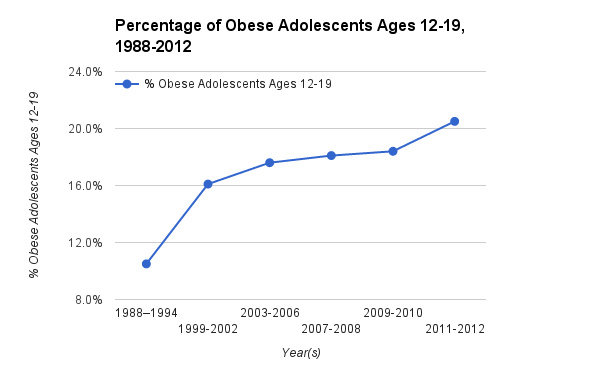 Graph by Derek Fields, based on CDC data.

Could this all be a coincidence? Skyrocketing youth obesity rates could conceivably have nothing to do with fewer young people having sex. Is there any actual evidence that obesity decreases sexual activity (besides our real life experiences?)

It may simply be harder for obese people to attract sexual partners, but that’s not the whole story. The same study found that obese men were “two and half times more likely to experience erectile dysfunction.” Some scientists suspect that obesogenic foods such as soda may contribute directly to erectile dysfunction. A 2010 Danish study even found, 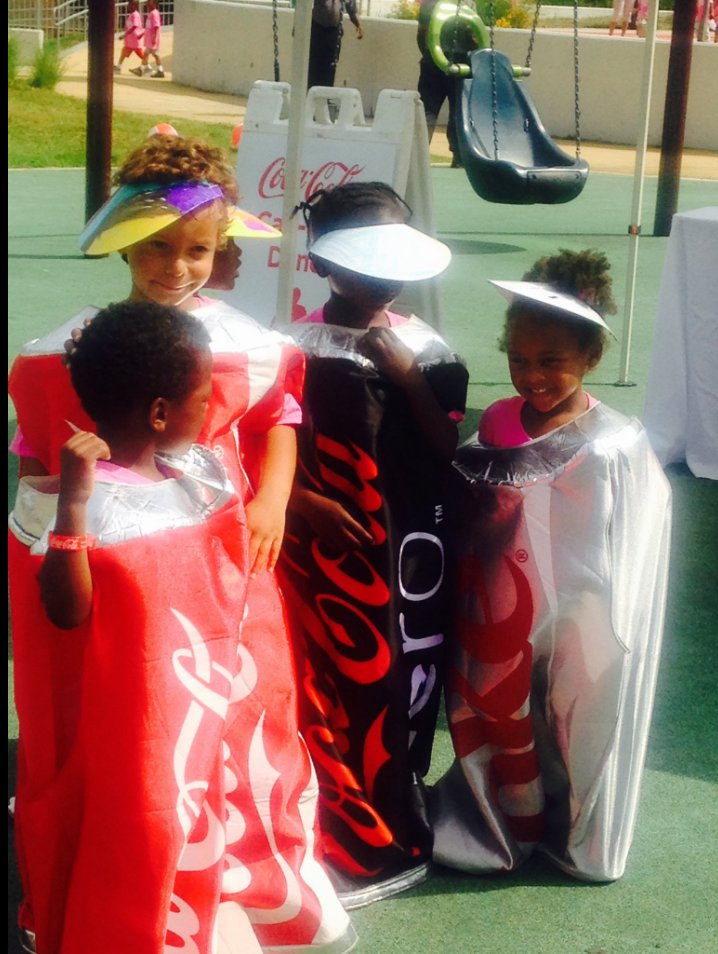 Good thing Coke kept its promise not to market to kids, otherwise these kids’ future would be bleak.

And it’s not just about being obese–millions of people within a normal weight range still suffer from type-2 diabetes. Sexual dysfunction is “extremely common” among type-2 diabetics, but they can rapidly improve their sex lives by fixing their diets. Australian researchers found that “a modest weight loss of 5%, resulted in a rapid reversal of sexual and urinary problem, within 8 weeks.”

We’re not claiming the chronic disease epidemic is the sole factor preventing most young people from having sex. Nonetheless, it’s absurd for the Washington Post and its quoted experts to avoid considering whether the most significant change in public health in the past two generations might have something to do with sexual health trends. If they want to really understand what’s happened to American sexual activity, Twenge and her fellow researchers must look closely at the relationships between obesity, chronic disease and sexual inactivity. How does the obesity percentage among the sexually active compare to that among virgins? What about the type-2 diabetes rate for both?