Editor’s Note: We are pleased to present this guest post by Dr. Lon Kilgore.

A new article was recently released by Lu and colleagues entitled “CrossFit-related cervical internal carotid artery dissection.” Many detractors of CrossFit training have seized upon this article as a basis for statements that CrossFit causes injury (6). There are a number of reasons why such accusations lack merit.

The first and most important reason is that the authors, in the sixth sentence of the paper, state that “direct causality cannot be proven.” However, that does not prevent the authors, and others, from attempting to present arguments that paint CrossFit exercise programming as an injurious evil.

In the literature review, the Lu article refers to a 2014 paper, “The Case Files: CrossFit-Induced Carotid Artery Dissection,” in the Emergency Medicine News that reports a cerebral artery dissection and attributes it directly to participation in CrossFit training (3). It is both sad and telling that the introductory scientific background for that particular paper penned by Fox and King (staff at Ohio State University), is solely derived from a newspaper article and a secondary resource quote of opinion from a chiropractor – a discipline often maligned for inducing cervical artery dissection through cervical manipulation (1,9).

The use of the Fox and King paper is not a strong base of support. The single patient in the paper was a 33-year-old male with pre-existing neural and behavioral issues (migraines, attention deficit hyperactivity disorder) who reported the onset of a migraine during a CrossFit workout. However there is no specific description of the workout activities other than “heavy lifting.” There is no mention of the lift done, where it laid in the WOD, what weight was on the bar, how many reps were completed, the patient’s training status and history, the patient’s body weight and fitness level, or whether the workout was at an affiliate or at home. There was no consideration of the underlying pathology that induced the repeated migraines the trainee experienced prior to CrossFit. Vis a vis, there is no actual evidence that the patient was actually doing CrossFit, how CrossFit retroactively induced the underlying and pre-existing pathology responsible for the reported migraines, or of how the un-named exercise was potentially injurious. It is notable, in respect to an accurate history of the circumstances that 30 days elapsed between the proposed injurious event and the trainee actually seeking care and recollecting the events.

Lu and associates also follow the same non-academic and non-scientific approach to establishing an introductory background of risk for CrossFit participation as Fox and King. They specifically state “Other reports have documented cases of rhabdomyolysis after intense CrossFit workouts,” a derivation not from any clinical or scientific paper but a regurgitation of a newspaper article containing no actual evidence. Two sets of authors cite newspaper articles as a valid reports of epidemiology … and the editorial staff at these journals is OK with that?

The poorly elaborated literature review provided by the Lu paper (and the Fox paper) seems to demonstrate a quest for headlines and citations rather than an objective attempt at an in depth exploration of injuries in hopes of preventing similar injuries in the future.

Two sets of authors cite newspaper articles as a valid reports of epidemiology … and the editorial staff at these journals is OK with that?

What does the literature say about cervical artery dissection and exercise?

The basis of the claims levied by the papers of Lu and Fox appears to center upon a contention that CrossFit training in the form of lifting, throwing, calisthenics, gymnastic movement, and weight-bearing exercises, induced the dissection of cervical arteries (a separation of the layers of an artery that can lead to aneurysm).

Boldly stating such allegations suggests that these talented clinicians were not aware of the body of literature surrounding the etiology of dissections relative to exercise. It has been reported that the reason dissections occur in non-symptomatic and apparently healthy individuals is currently unknown (10) and that dissections can occur spontaneously without apparent external cause or after common daily activities. Rubenstein’s paper (10) further asserts that trivial trauma is often presumed to be a cause of dissection, but this assumption is unwarranted as there was no published evidence suggesting that common neck movements pose a risk for inducing dissection.

Spontaneous dissections of cervical arteries occur in the general population at a rate of 3 per 100,000 (5), a number also presented by Lu and coworkers. If, to play devil’s advocate, we consider only those 1,625,000 people who train at CrossFit affiliates (estimated from 13,000 facilities times 125 members), that provides a rate of injury of 1 per 406,250. If we added in the home CrossFitters, that rate would become even smaller. Given the much lower than normal rate of occurrence, it appears as though CrossFit training might be protective of dissection, not inductive. But we won’t claim that finding, even with a large data set, as hard fact and beat our chests … after all it is not currently published in a peer-reviewed journal.

The Hsu and Sung review of relevant research and clinical publications provides other interesting information in that 13-20% of the strokes in young people can be attributed to spontaneous dissection. The patients in all five cases in the Lu and Fox papers are of the same demographic.

A review by Frisoni & Anzola (4) stated “The paucity of these data does not allow any conclusion, but young age and previous good health of almost all patients suggest that risk factors for vascular disease are probably not relevant” and that observation led to a concluding remark, “patients at risk cannot be identified a priori”. It appears that individuals who will eventually suffer a cervical artery dissection cannot be identified by medical screening. This simply means that there is no means, other than pre-participation MRI, to rule out a pre-existing pathology as the primary agent for these injuries.

The fact is that an attempt to establish an association of arterial dissection to exercise participation, during or after, has only been attempted in a small handful of papers. The general consensus is that the neck must be actively involved in repetitive torsional (turning the head laterally to maximal rotation) or receive high force compressive movement (of similar magnitude to a fist strike). The activities that have been considered for potential association with dissection range from turning to look to the rear while driving, yoga, golf, tennis, and martial arts (2,7,11). In none of the five case studies in the Lu and Fox papers were these conditions reliably demonstrated, if a description of the activities occurring at the time of injury was elaborated at all. 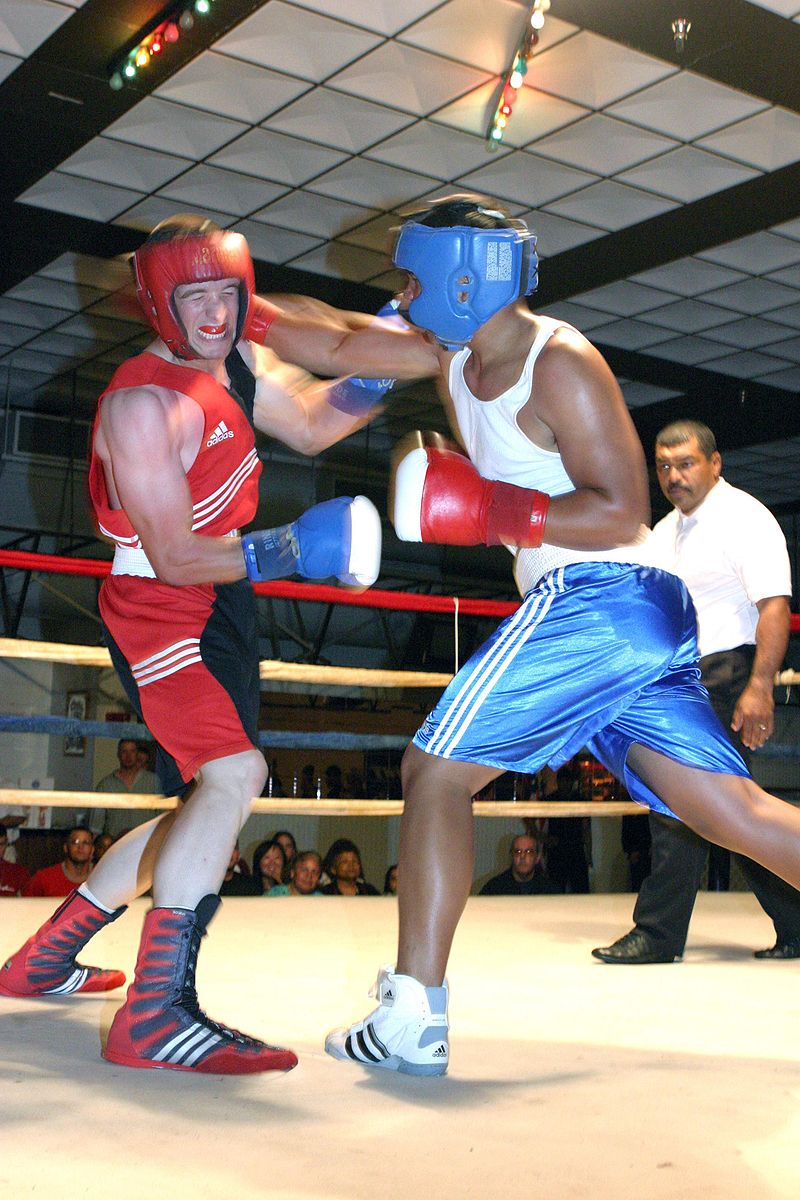 Dissections are reported in the literature with no activity, light activity, moderate activity, and intense activity. Furthermore, pre-existing conditions can never be ruled out post-injury. Therefore, can a correlation, let alone causation, be established between dissection and any type of exercise? An elaborate surgical study of patients presenting with dissections indicates that even when a traumatic event is reported by the patient to have occurred prior to experiencing symptoms, only 18% of dissected arteries demonstrate signs of such trauma (8). This might be construed to indicate that prior physical events are generally unrelated to dissection.

Can a correlation, let alone causation, be established between dissection and any type of exercise?

It is impossible for trainers to know who is at risk and to prevent a spontaneous, or exercise-induced dissection, just as it is for physicians. There are many reports describing difficulties in diagnosis and prevention as the norm in medical practice. It is unlikely that the exercises included in the training sessions caused the dissection, as the trainees were already accustomed to hard physical effort from their suspected exercise history. This is a derivation from the authors’ (Lu, Fox and their co-authors) tone and implications that the trainees were regular CrossFitters actively engaged in training specific to the CrossFit system (although this cannot be demonstrated by the papers).

There are also many critical unknowns in these papers. The exercise load pattern on the days of injury is unknown. The only hint of an overload (which is not contraindicated and is recommended as a strategy to improve fitness by the American College of Sports Medicine) is the statement in Case 1 of the Lu report where the trainee used “20% more weight”. Twenty percent of 50 pounds is simply adding 10 more pounds, an easy and normal progression in the squat. In what context was the reported 20% increase? The authors should have investigated CrossFit (and the conditions of injury) more fully as it is never the norm to set a work output target at some arbitrary supra-maximal level. Rather, exercise sessions are demonstrably scaled to the individual’s self-selected level of exertion. In the case study descriptions, there were no repeated torsional excursions of the neck and there were no force traumas to the neck as part of the exercise sessions. In fact, neither of the papers, Lu or Fox, provided any useful information about the training or trainee that would have helped them make a case. The bases of their conclusion are therefore specious. It is exceedingly disingenuous and biased, given the information presented by the authors and that available in the literature, to suggest that CrossFit training was the primary agent inducing the dissections as alleged.

About the Author
Professor Lon Kilgore graduated from Lincoln University with a bachelor of science in biology and earned a Ph.D. in anatomy and physiology from Kansas State University. He has competed in weightlifting to the national level since 1972 and coached his first athletes to national-championship event medals in 1974. He has worked in the trenches, as a coach or scientific consultant, with athletes from rank novices to professionals and the Olympic elite, and as a collegiate strength coach. He has been a certifying instructor for USA Weightlifting for more than a decade and a frequent lecturer at events at the U.S. Olympic Training Center. His illustration, authorship, and co-authorship efforts include the best-selling books “Starting Strength” (first and second editions) and “Practical Programming for Strength Training” (first and second editions), recent releases “Anatomy Without a Scalpel” and “FIT,” magazine columns, textbook chapters, and numerous research journal publications. He is presently engaged in the most difficult task of his career: recreating the educational track to becoming a professional fitness practitioner. The second stage of this effort is the creation of a one-year university qualification in fitness practice at the University of the West of Scotland.