Editor’s Note: This article by Russ Greene is the first to publicly release Greg Glassman’s full email to ABC’s Good Morning America regarding Coca-Cola and the musician whose concerts it sponsors, Nick Jonas. Greg’s email is quoted halfway down. 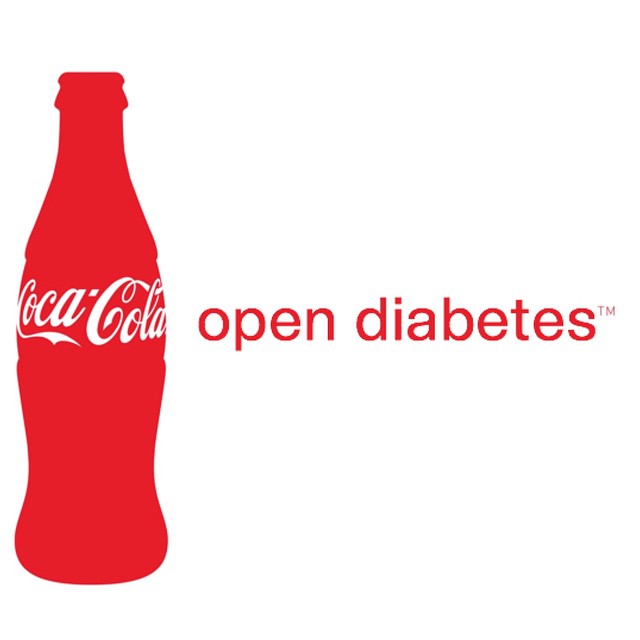 Compelling statistical evidence supports CrossFit’s campaign to prevent diabetes by raising awareness about its causes. Yet Coca-Cola’s funded entities, such as the American Diabetes Association and the Juvenile Diabetes Research Foundation, have confused the public about their products’ fatal side effects. Incidentally, 86 million Americans have pre-diabetes and the CDC predicts that at least 1/3 of Americans will have Type 2 diabetes by 2050.

When we posted this image, we had no idea how Coca-Cola’s sponsored entities would respond. We definitely weren’t expecting the image to appear on “Good Morning America.” Nonetheless, the audience is appreciated.

It all started with a Jonas Brother. Nick Jonas, a singer and Type 1 diabetic whose concerts are sponsored by Coca-Cola, tweeted his objections to CrossFit’s diabetes awareness campaign. 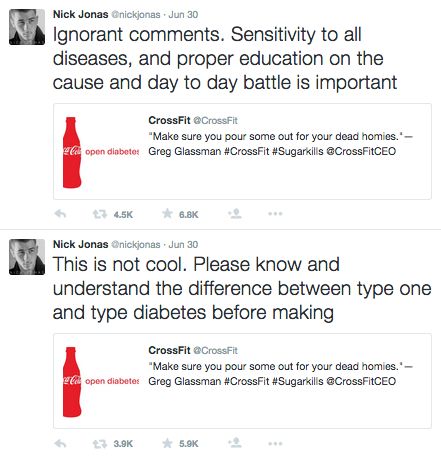 We responded on Twitter by pointing out that Coca-Cola sponsors Jonas’ concerts. In addition, we wondered why Jonas acted so insensitively toward Type 2 diabetics. 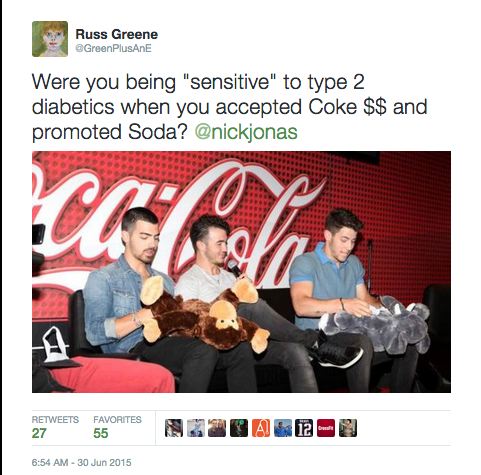 Hi, Matt,
Fuck Nick Jonas.
This is about the scourge of Type 2 Diabetes and its underlying causes. His sponsor, Coca-Cola, is a significant contributor to the diabetes epidemic both with product and “marketing” spend.
Greg Glassman CEO
CrossFit Inc

“Good Morning America” did not run Greg’s full response on air. In turn, Jonas’ representative denied that Jonas has ever “had a deal or sponsorship with Coca-Cola.”

Coca-Cola’s denial was more circumspect. The corporation did not deny sponsoring Jonas’ concerts but instead responded to an issue that Greg did not raise. Coca-Cola told ABC that Jonas is “not a paid spokesman for the company.” That may be true, but CrossFit never claimed Jonas was a Coca-Cola spokesman; CrossFit claimed Jonas was sponsored by Coca-Cola.

Nick Jonas and Coca-Cola failed to do the right thing. They had an ethical obligation to come clean about their sponsor relationship. And this despite the easily available evidence that Coca-Cola sponsors Jonas’ concerts. Here are some recent Jonas appearances “presented” or “sponsored” by Coca-Cola: 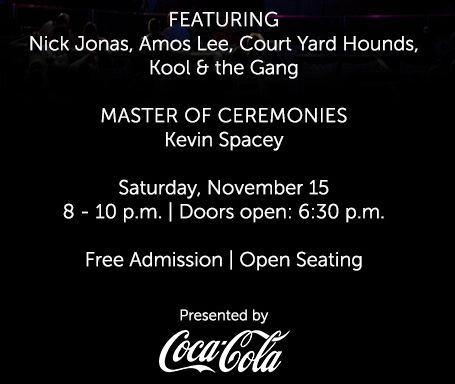 We haven’t yet seen a message from Coca-Cola to Jonas directing him to defend the company against CrossFit’s Open Diabetes image. That said, Jonas and Coca-Cola’s refusal to admit their commercial relationship is in itself suspicious. What are they trying to hide?

Jonas’ diverted the conversation away from Coca-Cola’s links to diabetes by falsely accusing CrossFit of insulting Type 1 diabetics. The argument goes that since CrossFit didn’t specify that Coke is related to Type 2 diabetes, it implied that soda causes Type 1 diabetes. And so Type 1 diabetics began attacking CrossFit Inc.

After Jonas opposed CrossFit’s post about Coca-Cola and diabetes, the Juvenile Diabetes Research Foundation and the American Diabetes Association fanned the flames. Coca-Cola funds both. We will address them and their denial that Coca-Cola causes diabetes in an upcoming post.

To conclude, we urge Good Morning America to amend its story by disclosing Coca-Cola’s commercial relationship with Nick Jonas. GMA has not yet responded to our private emails in this regard. ABC’s coverage thus remains partial. 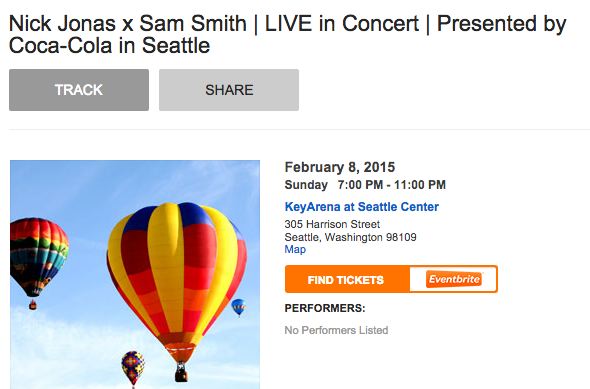