Let’s start out by setting the stage with points made in articles in this series:

1) MusclePharm is the National Strength and Conditioning Association’s (NSCA) lead sponsor for education and research.

2) MusclePharm was sued for claiming 40 grams of protein in a supplement when independent testing revealed only 19.4 grams.

3) MusclePharm is on the brink of financial collapse.

5) MusclePharm has used the registered CrossFit trademark without authorization by saying they have a “Complete CrossFit Gym.”

6) MusclePharm was cited by NSF for unauthorized use of NSF certifications and labels on December 6, 2013. NSF had to resort to legal action until the dispute was resolved.

Here’s a copy of the lawsuit. 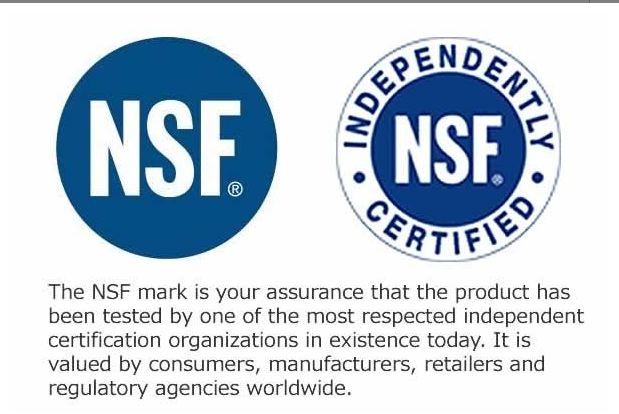 Why Would MusclePharm Dupe the Public About NSF Certification?

Most importantly, NSF certification is not a one-time event, but involves regular on-site inspections of manufacturing facilities and regular re-testing of products to ensure that they continue to meet the same high standards required to maintain certification over time, if for any reason a product fails to meet one or more certification criteria, NSF will take enforcement actions to protect you, including product recall, public notification, or de-certification.

Therefore, it’s obvious why MusclePharm would want people to believe their products were NSF certified. So, MusclePharm lied and misled people until NSF had to threaten them with legal action to resolve this issue. To reiterate, MusclePharm was cited by NSF for unauthorized use of NSF certification or marks on December 6, 2013 and is currently being sued for claiming over twice the actual tested protein content for one of their products on labels.

“Committed to offering only the best supplements on the market, we back up our Fueling Athletes Safely claim with real science and quality control. Every year, we invest millions into R&D and Quality Control to ensure customer safety. This is what truly sets MP apart and why millions of customers trust the MP brand.”

Isn’t it peculiar with this great Research & Development and Quality Control they were sued by NSF and are currently being sued for fraud?

Why would the NSCA work with a company that falsely claimed NSF certification and also (according to the current lawsuit) may be ripping off athletes?

And besides this, there’s something much darker lurking in the shadows of MusclePharm. A current MusclePharm executive and his brother pled guilty in 2012 to selling dietary supplements containing anabolic steroids or steroid clones, following a federal investigation.

Jeremy DeLuca brings more than 14 years of sports nutrition experience as MusclePharm’s President of Sales. He joined the company in November 2010, applying his expertise in marketing and sales to create innovative promotions and marketing programs for MusclePharm. DeLuca co-founded Bodybuilding.com in 1999. As President of the leading online sports nutrition and supplements company, he was actively involved in all aspects of business from marketing and sales to e-commerce. During his tenure, Bodybuilding.com annual sales topped $200 million.

Musclepharm fails to mention anything about how Jeremy DeLuca and his brother Ryan pled guilty to the Food and Drug Administration (FDA) for disguising steroids or steroid clones in their supplements. Note the U.S. Department of Justice Press Release is dated May 22, 2012 and MusclePharm states Jeremy DeLuca joined them in November 2010. It didn’t seem to bother MusclePharm at all that Jeremy DeLuca pled guilty for delivery and introduction of misbranded drugs while working for MusclePharm. Nor did the NSCA seem to mind.

Back in 2009, Bodybuilding.com recalled 65 different supplement products for containing steroids. But that was just the beginning.

… between March 2006 and September 2009, Bodybuilding.com, LLC, sold five products misbranded as dietary supplements, when they were actually drugs. The five products were: I Force Methadrol, Nutra Costal D-Stianozol, I Force Dymethazine, Rage RV5, and Genetic Edge Technologies (GET) SUS500. According to the plea agreements, the products were drugs because they contained synthetic anabolic steroids or synthetic chemical “clones” of anabolic steroids that were not dietary supplements and because they were labeled and promoted as products intended to affect the structure and function of the human body (building muscle mass). 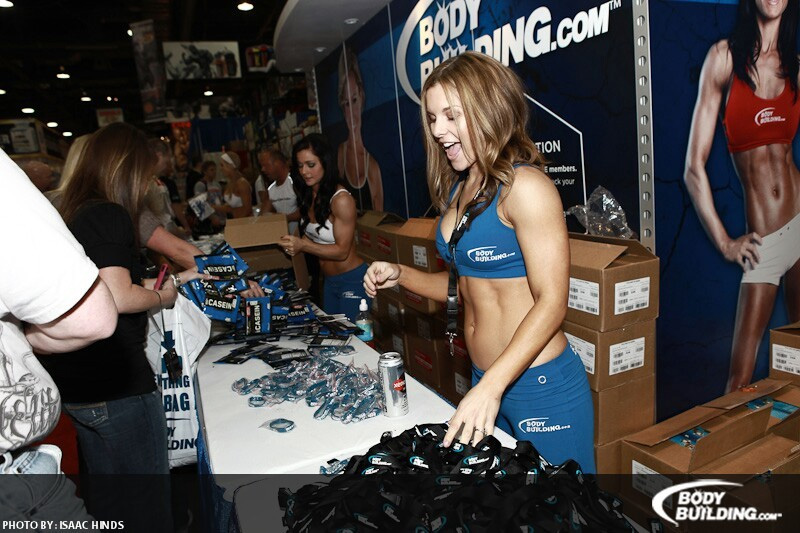 How many supplements sold at Bodybuilding.com booths have contained steroids? Source: http://www.bodybuilding.com/fun/filer_arnold_overall.htm

“MusclePharm is one of the best supplements on the market,” said Ryan DeLuca, Bodybuilding.com’s CEO and founder: “What truly sets MusclePharm apart is their quality controls, which ensure customer safety, as well as the time they spend on research and development. This is what’s really going to distinguish the Hardcore supplement series from other lines out there.”

It looks like brotherly love when Ryan says this about his brother Jeremy’s company MusclePharm that is being sued for fraud.

MusclePharm’s Brothers – Bodybuilding.com and the NSCA

Gee, what do you think? Is it possible nepotism is rearing its ugly head here?

The brothers DeLuca and their companies have something else in common. The NSCA is a family member to both MusclePharm and Bodybuilding.com. Here is a quote from the NSCA sponsor section:

“You trust the NSCA to provide research-backed information to safely and effectively train. At MusclePharm you can trust our products are researched, developed, tested, and backed by science from the lab to the playing field. This is what sets MusclePharm – a company of athletes – apart.”

“Just like the NSCA, we’re passionate about supporting the trainers and coaches who make a difference. Think of us as your go-to resource to motivate and inform your clients.”

“As a personal trainer, strength coach and athlete, I regularly visit Bodybuilding.com to purchase products; it keeps me updated with what’s going on in the industry.”

Why Does the NSCA Endorse and Work with Deceptive Supplement Companies?

Key points in this series have included the NSCA’s conflict of interest with Dr. Jordan Moon of MusclePharm. Moon is a reviewer for NSCA journals and abstracts and works as the NSCA’s Rocky Mountain Region Director and Colorado State Director. MusclePharm hosts NSCA events including certification exams at its corporate headquarters. MusclePharm has repeatedly exhibited unethical behavior by falsely claiming NSF certification or marks, unauthorized use of the CrossFit name, and is currently being sued for fraud by overstating protein content by over twice the independently tested protein in one of their supplements. Additionally, MusclePharm has undergone an SEC investigation for questionable financial practices and appears to be at the brink of financial collapse. Perhaps most disturbing of all is that executives with both MusclePharm and Bodybuilding.com (the DeLuca brothers) pled guilty to disguising anabolic steroids or steroid clones in supplements.

The NSCA is principally a strength and conditioning organization, not a fitness company. As such, NSCA attempts to educate and influence strength and conditioning coaches. These coaches train athletes who undergo drug testing. A supplement that claims a false certification, or worse, a supplement that’s a disguised steroid, could get an athlete suspended, or worse. For example, CrossFit Games athlete Richard Bohlken failed an out-of-competition drug test “due to unknowingly taking a contaminated workout supplement provided by his sponsor FitnEssential.” Bohlken was thus suspended from the 2015 Reebok CrossFit Games season.

NSCA-certified strength and conditioning coaches must wonder why NSCA is putting their careers at risk by permitting Musclepharm and Bodybuilding.com exhibitions at NSCA conferences. 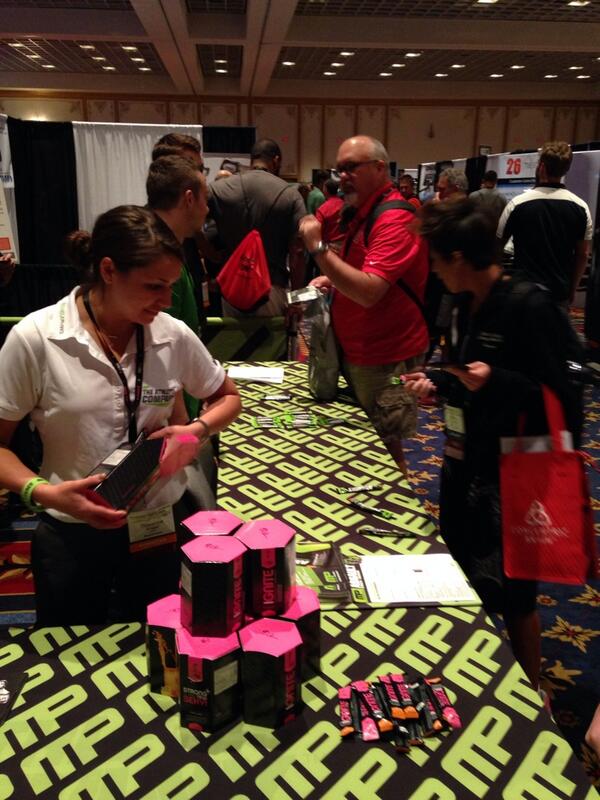 About the Author: John T. Weatherly has undergraduate and graduate degrees in exercise science. He was a research assistant to the former Head of Sports Physiology for the US Olympic Committee (USOC) and has helped with conditioning programs for athletes in Olympic sports as well as professional baseball, college football, and an NBA player. In the 90’s, John published and reviewed articles for the NSCA and was an NSCA media contact on the sport of baseball. He helped initiate the first study on a rotary inertia exercise device at the University of Southern California (USC) and has consulted with the exercise industry on various topics, including vibration.