John Weatherly’s first article in this series covered some striking facts about the supplement company Musclepharm. This company has faced multiple lawsuits for misleading consumers as to its protein count and product certifications. And yet the National Strength and Conditioning Association (NSCA) places a Musclepharm employee prominently in its organization.

A Disturbing Pattern at NSCA 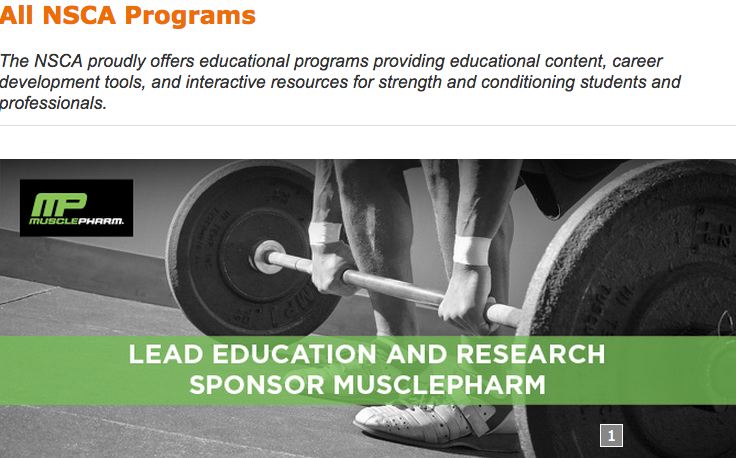 This blog has detected disturbing pattern at NSCA Headquarters. Besides Musclepharm, NSCA has maintained questionable relationships with Power Plate and Gatorade. After Weatherly’s expose of unreliable NSCA research on Power Plate, NSCA removed the company from its sponsor section. NSCA has not yet extricated Gatorade or Musclepharm, however.

Some readers missed a crucial distinction between sponsorship and corrupting corporate influence. Musclepharm is not a mere NSCA sponsor – it exerts a powerful influence on the NSCA’s events and published research. Musclepharm hosts NSCA conferences at its headquarters and funds the NSCA’s Educational Program. Musclepharm alleges a “Sports Science Institute.” Its director is Jordan Moon.

Moon serves as Colorado State Director for the NSCA. He presents at NSCA conferences, reviews articles for NSCA publications, and judges student research. In other words, NSCA has put Moon in charge of verifying the integrity and validity of research.

NSCA-certified trainers may question the NSCA’s decision. Why has NSCA has chosen to maintain an operational relationship with a company sued for falsely claiming NSF certification and for putting half as much protein in its products as claimed? Why would the NSCA select for its review team a Musclepharm official who evidently hasn’t verified the validity of his own company’s claims? Shall NSCA certified trainers hope that while Dr. Moon repeatedly falls short when it comes to Musclepharm’s own product labels, he yet manages to review NSCA’s research capably?

Or are we to hope that Musclepharm made a few mistakes with protein counting, but otherwise functions as a legitimate enterprise? The evidence suggests otherwise. 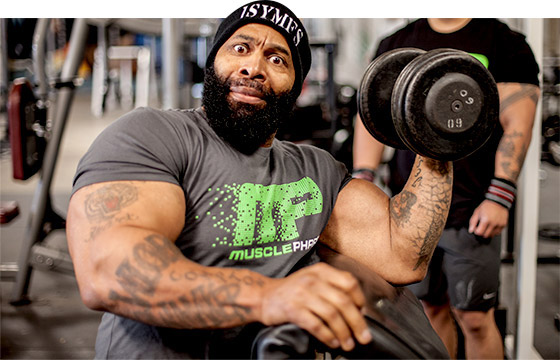 Musclepharm Underwent an SEC Investigation
The good news for NSCA-certified trainers is that the Musclepharm relationship may end soon. Musclepharm’s financial mismanagement and misbehavior have prompted an SEC investigation and required the company to put its intellectual property up as collateral on a loan.

The Securities and Exchange Commission (SEC) announced an investigation into Musclepharm Corporation’s financial practices on September 30, 2013. Musclepharm is a publicly-traded company: MSLP. On April 13, 2015, Musclepharm announced that it had reached “an agreement in principle with the SEC. The SEC commissioners have not yet approved the agreement, but it is expected to carry harsh fines for those who violated federal security laws while working for Musclepharm.

Can Musclepharm cough up the cash? Its fiscal strength has atrophied severely in the past 6 months. In October the stock surpassed $14 a share; it’s now trading at least than 1/3 that.

Even before the SEC agreement announcement, the investor website Seeking Alpha reported that “with only $1M in the bank, the company won’t be able to make payroll for long.”

Taking Loans to Make Payroll
Musclepharm crawls along thanks to a desperate $4 million loan that it has nearly exhausted. Another Seeking Alpha article reports, “it looks like MSLP executives have put up their inventory and their IP (intellectual property) as collateral for a $4 million loan, which they have nearly already spent.”

Combine Musclepharm’s low capital with impending SEC fines and it looks like Musclepharm’s “brand ownership and their IP are actually at risk in the coming 6 months.” Musclepharm’s intellectual property includes logos, formulas, and even the name “Musclepharm.” All are at risk.

How did Musclepharm string investors along this far? Musclepharm appears to have done to revenue what they were sued for doing to protein. Musclepharm’s revenue reports recognize “unearned revenue.” Matthew Finston explains,

Supplement retailers appear to be paying for MusclePharm’s merchandise only after the retailer makes a sale. Products are shipped to retailers even though full payment has not been received. Revenues are then recorded and valued at the MSRP, even though the full cash amount has not exchanged hands. To entice consumers, MusclePharm offers promotions, discounts, and allowances that end up reducing the cost of the product and subsequently undermine the company’s revenue growth.

In Musclepharm’s words, “actual results could differ from recorded amounts.”

As Musclepharm approaches its apparently inevitable insolvency, its CEO Brad Pyatt lives large. Bloomberg reports that Pyatt “was awarded $4.9 million in 2014.” Note that Pyatt’s 2014 compensation exceeded the value of the loan Musclepharm took out that year to make payroll.

In 2012 and 2013, Musclepharm reimbursed Pyatt $200,000 for “golf bags, jewelry, clothing, spa tabs and other perks.” Musclepharm initially reported all these as “business” expenses, but has since retreated and revised its statements.

Musclepharm admitted in 2013 that its CEO’s financial blunders “may expose us to assertions by others that our management team may not know how to effectively run a business.”

To what assertions does Musclepharm’s misbehavior expose the NSCA?