Jim Gourley has repeatedly refused to correct his work. Image via: http://bit.ly/1B6fbdG

Two weeks ago Jim Gourley published “The relationship between the U.S. military and the CrossFit program” to Tom Ricks’ “Best Defense” blog housed on ForeignPolicy.com. I sent Gourley and Ricks several emails to correct the article. When they failed to fix their errors, I wrote “Fiasco: Tom Ricks Casually Disregards the Truth about CrossFit.”

Now, Ricks and Gourley’s coverage of CrossFit has gotten even worse. On December 22, the duo published “CrossFit: An Update.” What follows is a full rebuttal of its lines, top to bottom:

Tom: A guy apparently with CrossFit wrote in complaining about this item, alleging an inaccuracy. So I asked the author of the item, Jim Gourley, about it. He responds:

A Google search would show that I’m an employee of CrossFit. Yet, Ricks implies that my affiliation with CrossFit is uncertain. Did he not take the time to verify my credentials? Or did he verify my background, yet decide to fabricate doubt about it?

Personnel from CrossFit headquarters contacted Foreign Policy to challenge the statement that the USUHS paper reflected a negative outlook on CrossFit from the Army.

The Army has perhaps given high intensity workouts the coolest reception, calling them “extreme conditioning programs” (ECPs) in a 2011 paper written in conjunction with the American College of Sports Medicine.

Gourley stated that the Army co-wrote a paper in 2011 with the ACSM, that created the pejorative term “extreme conditioning program” to refer to CrossFit. This is false.

The Army did not co-write that paper, neither officially nor by representation. Is Gourley intentionally misrepresenting my concern with his article, or does he fail to understand it himself?

As I noted in my previous post, the CHAMP editorial directly contradicts Gourley’s attempt to link it to any official policy or organization:

The opinions and assertions contained herein are the private views of the authors and are not to be construed as official or as reflecting the views of the U.S. Army, the U.S. Navy, U.S. Air Force, U.S., Marines, U.S. Coast Guard, or the Department of Defense.

Had a civilian Marine Corps employee, or a Marine, contributed to the CHAMP editorial, he still would not have been an official “representative” of the Marine Corps.

The CHAMP editorial’s writers included one Army Colonel, Francis O’Connor, who expressed his “private views,” and did not represent the Army as an institution. Gourley continued,

It is therefore more accurate to say that all other services have given extreme conditioning programs a cooler reception than the Marines.

Rather than correcting his error, Gourley has compounded it. In his first article, he claimed that the Army produced the CHAMP paper with the ACSM. Now Gourley is implying that the CHAMP paper’s positions on “extreme conditioning programs” represent “all other services.”

How could a paper that explicitly denies it represents any one military service, in fact represent several of them? Gourley does not attempt to untangle this contradiction. Instead, he wraps up his “update,” saying,

Because the Army contributed the majority of the paper’s authors and published papers of similar negative outlook in the Army Medical Department Journal, it is my assessment that it is the organization that has taken the most pessimistic outlook on ‘extreme conditioning programs,’ which include, but are not limited to, CrossFit.

Gourley’s final allegations are also false. The Army did not contribute the majority of the paper’s authors. The CHAMP editorial had 9 authors, not merely the 6 that Gourley alleged. Of those, a minority (3 out of 9) worked for the Army, not a majority.

In contrast, 7 of CHAMP’s 9 authors were ACSM fellows. If we apply Gourley’s own logic and conclude that a majority presence in the author group indicates an organization’s position, the CHAMP paper can only represent the ACSM. If Gourley would like to present the CHAMP “Extreme Conditioning Program” editorial as representing the views and interests of the ACSM, we would not object.

The CHAMP editorial represents the personal views of its authors, such as ACSM Fellow Patricia Deuster. Image via: http://bit.ly/1EL63iK

Gourley would do better to follow the old journalistic adage “follow the money,” observe Gatorade’s dominant sponsorship of the ACSM, and wonder if the CHAMP piece might represent Gatorade’s interests as well. Indeed, the CHAMP paper’s corresponding author Michael Bergeron writes advertisements for Gatorade.

This study’s results contradicted the previous CHAMP op-ed. It found that soldiers who performed “extreme conditioning programs” were injured at nearly exactly the same rate as soldiers completing traditional physical training. In the Brigade study’s words, “Soldiers participating in ATAC/ECPs showed similar changes in injury rates compared to Soldiers not participating in ATAC/ECPs.”

To conclude, Gourley alleges that one colonel and two Army civilian employees represent
the Army. Then what are we to conclude from the fact that the Army is CrossFit’s single largest client? Does Gourley think that one ACSM op-ed piece outweighs the thousands of US Army soldiers whose units send them to CrossFit L1 seminars? The Army’s CrossFit supporters outrank and outnumber the CHAMP editorial’s three Army employees.

The personal views of three ACSM fellows cannot and do not represent the Army. Gourley and Ricks have willingly perpetuated a lie. 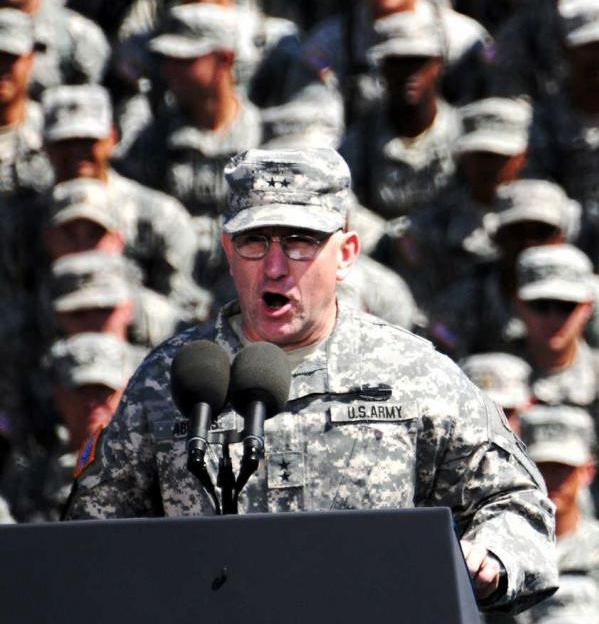