You may have seen this headline last week: 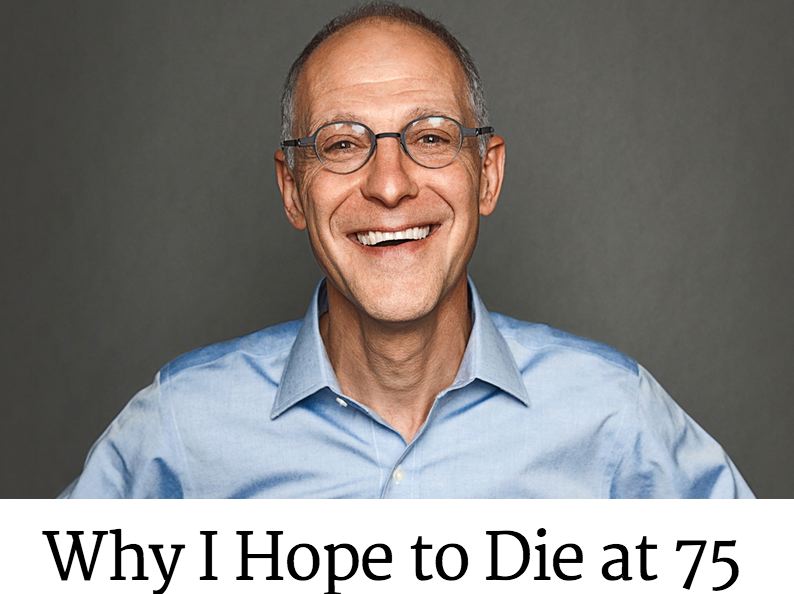 It’s an intentionally provocative attention-grabber, but Emanuel does have a solid point to make, and some data to back it up:

“The question isn’t living longer. The question is high quality life, which is what most people want. And that’s why I think constantly asking ‘how long am I going to live’ is the wrong question to ask. …

(How well am I going to live) is the right question.”

Bravo. Emanuel got this right. Extending life without extending function is cruel. And, to a large degree, that’s exactly what the American health establishment has accomplished.

In his Atlantic Monthly article “Why I Hope to Die at 75,” Emanuel cites the work of USC researcher Eileen Crimmins,

“The results show that as people age, there is a progressive erosion of physical functioning. More important, Crimmins found that between 1998 and 2006, the loss of functional mobility in the elderly increased. In 1998, about 28 percent of American men 80 and older had a functional limitation; by 2006, that figure was nearly 42 percent …

So American immortals may live longer than their parents, but they are likely to be more incapacitated. Does that sound very desirable? Not to me.”

Our health care system has increased life without increasing health or fitness. We’re on our way to a nightmare scenario:

“I have this fear that some day medical science is going to get average life expectancy to 150. And yet, it’s still, at 75 you go into the nursing home and they’re wiping your fucking ass and feeding you with a spoon and you’re watching Oprah all goddamn day long … for 75 years. That for me, was like dying at 75 and going to hell.”

What to Do About Declining Old Age Function?

Unfortunately, Emanuel contradicts himself. He makes a great case that we should focus on functional capacity, not just number of years. Then he picks a cut-off point based on an arbitrary number of years.

If function is what matters, shouldn’t function determine when he stops trying to extend his life?

If at 75 Emanuel is still kicking ass in Tae Kwon Do, throwing his grandkids into the air, and writing viral Atlantic Monthly articles, will he just call it quits?

If at 69 he suffers a stroke and loses the ability to speak and walk, will he hang on for another 6 years just to reach the right number?

If Emanuel were consistent he would prioritize function, not age. Why did he pick 75 as a cut-off point, and not when he loses the ability to live an independent, functional, and intellectually-engaged life? 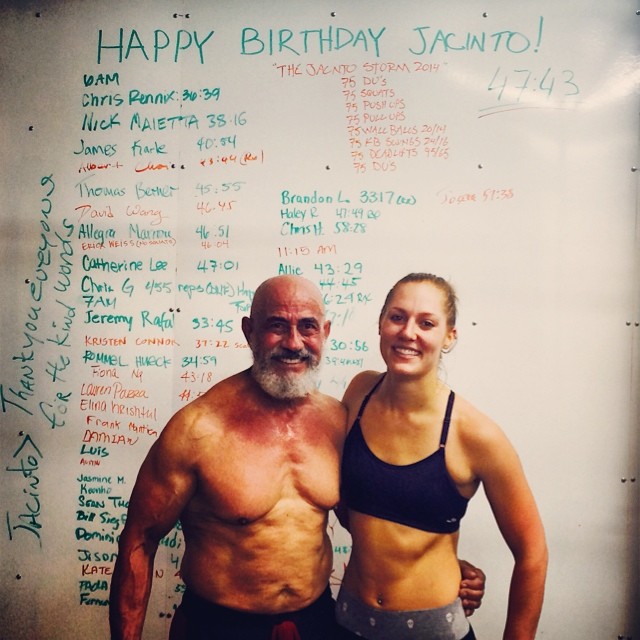 A Logically Consistent Approach to Health and Function

If we agree with Emanuel and value a “high quality life” over quantity of years, how should we approach aging?

CrossFit put forth one way to measure health: work capacity measured across broad time, modal and age domains. If you’ve attended a CrossFit L1 seminar, this definition should be familiar. If not, it means that health is fitness sustained over time.

CrossFit directly conflicts with Emanuel’s paradigm: in CrossFit we want as much function as possible, and we want to maintain it for as long as possible. We’re not going to stop trying to live well at 75. To borrow Glassman’s example, we want to be the guy who’s riding his Harley to the fair at 90 years old, with his girlfriend in the back, and beating up the kid at the ATM who tries to rob him.

This came out two years ago. Jacinto is now 75. Emanuel concedes that some exceptional individuals will live past 75 in excellent shape, but they are anomalies, he says. They don’t disprove the data.

While granting that Jacinto is fortunate to have survived health challenges such as prostate cancer, and to be able to afford a CrossFit affiliate, he is not just lucky. His function at 75 is the direct result of a lifetime dedication to health and fitness. Emanuel rejects Jacinto’s approach:

“Americans seem to be obsessed with exercising, doing mental puzzles, consuming various juice and protein concoctions, sticking to strict diets, and popping vitamins and supplements, all in a valiant effort to cheat death and prolong life as long as possible. This has become so pervasive that it now defines a cultural type: what I call the American immortal.

I reject this aspiration.”

What Emanuel misses, or chooses to ignore, is that diet and exercise are not just about extending life. When we eat healthy and work hard in the gym, we’re not all just trying to live to 120. We’re not just trying to extend life – we’re trying to increase and extend function.

Why is Emanuel Confused?

When I first read Emanuel’s article, I didn’t pay much attention to the author and just evaluated the reasoning. It’s his right to make misguided choices about his health. And illogical first person click-bait articles are the high fructose corn syrup of journalism.

Emanuel is not just your average American, however. He is a doctor and a prominent bioethicist. Some describe him as the architect of Obamacare. And that’s where this gets weird.

What interest does Emanuel have in promoting the pull-the-plug at 75 idea? He claims that picking an arbitrary death data will give us spiritual benefits:

The deadline also forces each of us to ask whether our consumption is worth our contribution. As most of us learned in college during late-night bull sessions, these questions foster deep anxiety and discomfort. The specificity of 75 means we can no longer just continue to ignore them and maintain our easy, socially acceptable agnosticism.

Federal spending for Social Security and the government’s major health care programs—Medicare, Medicaid, the Children’s Health Insurance Program, and subsidies for health insurance purchased through the exchanges created under the Affordable Care Act—would rise sharply, to a total of 14 percent of GDP by 2039, twice the 7 percent average seen over the past 40 years. That boost in spending is expected to occur because of the aging of the population, growth in per capita spending on health care, and an expansion of federal health care programs.

The combination of an aging population, Social Security, and Obamacare is a fiscal time-bomb for the US Federal Government. Getting people to die earlier kills two birds with one stone: it decreases health spending and decreases the cost of social programs that would continue supporting them throughout old age, such as Social Security. Emanuel’s editor, Greg Easterbrook, clearly admits that this is a factor in his segment with Emanuel on MSNBC.

Jacinto Bonilla has a more elegant solution to America’s physical and fiscal woes:

“Tell the doctor he just has to keep moving.” 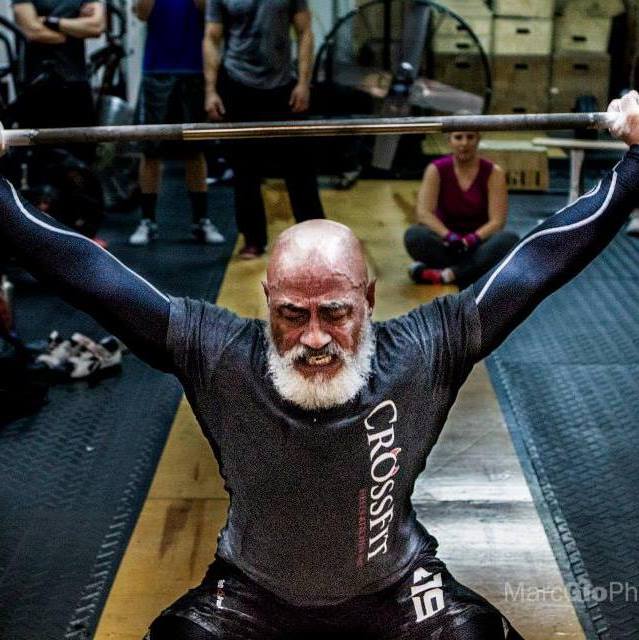