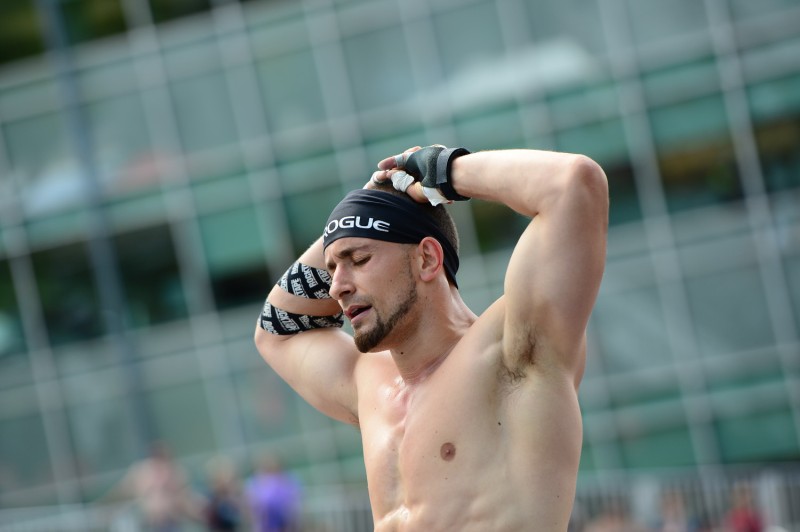 As most of our readers know, last year the NSCA published a study on CrossFit that included fabricated injury data. CrossFit has since sued the NSCA, and an official response from the NSCA highlights their strategy of defense:

At the center of the lawsuit is a research article published in NSCA’s Journal of Strength and Conditioning Research. As with all research published in NSCA’s journals, the article in question was authored by independent researchers and was accepted for publication following a rigorous peer-review process. While NSCA has no opinion on the validity or invalidity of claims made in the article or the criticisms of same being leveled by CrossFit, NSCA has full confidence that the review and publication processes for research published in NSCA journals is beyond reproach.

The NSCA also denies that they were made aware of my allegations that the study data was fabricated. This is demonstrably false, as I have email records and phone records showing I emailed the NSCA and spoke at length with the JSCR’s Editor-in-Chief Dr. William Kraemer about this very issue before the study was officially published.

I decided to do some formal research into the published ethical responsibilities of peer-reviewed journals. I specifically focused on the areas of editor responsibility regarding allegations of scientific misconduct. Virtually every authoritative body I found, from the Office of Research Integrity to the Council of Science Editors, agree that it is the responsibility of a Journal and its editors to appropriately investigate allegations. What follows is a series of quotations from these sources to support this point.

The JSCR has a responsibility to investigate allegations of scientific misconduct, and they failed to do so in this case.

“In 1989, the US Public Health Service (PHS) published a definition of scientific misconduct as fabrication, falsification, plagiarism, or other serious deviations from the scientific norm. Detection lies in the hands of editors, peer reviewers, coauthors, and readers.” (source)

“Journals are not usually in a position to investigate misconduct allegations themselves, but editors have a responsibility to alert appropriate bodies (for example, employers, funders, regulatory authorities) and encourage them to investigate.” (source)

“Editors should pursue cases of suspected misconduct that become apparent during the peer-review and publication processes, to the extent and in the ways defined in this document in the ‘Promoting research integrity’ section (p. 4). Editors should first work with the authors, the journal owners and/or the journal publishers (at Blackwell Publishing this is via the Journal Publishing Manager), referring to information from the Committee on Publication Ethics (COPE), the Council of Science Editors (CSE), or another appropriate body if further advice is needed.” (source)

When allegations and/or findings of misconduct are presented, the editor will be faced with some level of responsibility for investigating, judging, and/or penalizing the author for these lapses. The Council of Science Editors recommends that each journal articulates a specific policy on the editor’s responsibility for notifying an author’s institution of failure to comply with the journal’s ethical standards. (source)

Under “Editor Roles and Responsibilities”

“Describing, implementing, and regularly reviewing policies for handling ethical issues and allegations or findings of misconduct by authors and anyone involved in the peer review process.”

“Editors have a duty to act if they suspect misconduct or if an allegation of misconduct is brought to them. This duty extends to both published and unpublished papers… Editors should make all reasonable efforts to ensure that a proper investigation into alleged misconduct is conducted; if this does not happen, editors should make all reasonable attempts to persist in obtaining a resolution to the problem. This is an onerous but important duty.” (source)

The JSCR has a responsibility to ensure accuracy of published materials, and failed to do so in this case

“Editors should be accountable for everything published in their journals.” (source)

“Errors, inaccurate or misleading statements must be corrected promptly and with due prominence.” (source)

The JSCR has a responsibility to encourage discussion, objection, and allegations of error, and failed to do so.

“Journals should encourage authors and readers to inform them if they discover errors in published work.” (source)

“Editors should encourage and be willing to consider cogent criticisms of work published in their journal.” (source)