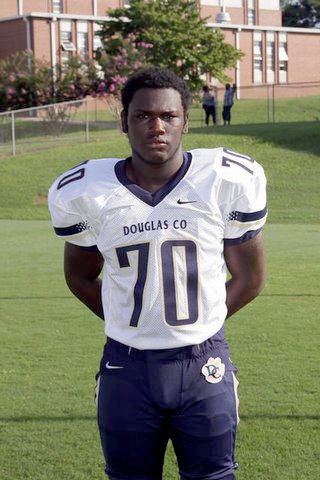 On August 6th Zyrees Oliver, a 17-year old with a 3.8 GPA, attended high school football practice in the 90-degree Georgia summer heat. Five days later, he died in the hospital.

But it wasn’t the heat that got him.

During practice, Zyrees complained of cramps. His aunt Dr. Tammy Chavis reports that he drank approximately 2 gallons of water, and two gallons of Gatorade. It’s not clear if his excessive drinking preceded or followed the cramps.

I am not sure if anyone precisely measured Zyrees’ fluid consumption, so take that 4 gallon figure with a healthy dose of electrolytes. And as of right now we don’t know the full story behind Zyrees’ death. Perhaps something in addition to over-hydration played a role. When the autopsy comes out, we’ll know more.

Nonetheless, the press reports that “Relatives said doctors told them Oliver suffered massive swelling around the brain from overhydration.” They also indicated that he had water intoxication (over-hydration). In other words, it sounds like Zyrees died from exercise associated hyponatremic encephalopathy (EAHE).

Earlier this year CrossFit began an awareness campaign to spread the word about the dangers of over-drinking and EAHE. We are giving away up to 500 free copies of Tim Noakes’ history of hyponatremia, Waterlogged to anyone who asks in the CrossFit discussion board thread.

But why is it necessary to tell people not to drink too much water and Gatorade? Unlike soda or alcohol, excessive Gatorade-drinking simply isn’t fun. The press coverage of Olivers’ death suggests one reason why people are drinking too much: the information they’ve received from “experts.”

Take this coverage from News 4 Georgia, for instance. It reports that according to athletic trainer “Bryan Anderson preventing dehydration in the first place is key. He recommends athletes drink water throughout the day — rather than too much at once.”

This is strange. Anderson thinks that the key to preventing over-hydration, is preventing dehydration? It gets worse. Anderson recommends that athletes drink throughout the day,

It’s not fair to single out one athletic trainer, though. He’s probably just repeating what he’s been taught. The National Athletic Trainers’ Association (NATA) is “Gatorade-affiliated” according to Darren Rovell’s book First in Thirst.

It is not exactly clear to me what it means for medical professionals to be “affiliated” with a sugar-water brand, though I can guess. NATA’s website admits that Gatorade is a “Founding Sponsor.” How would NATA’s founding sponsor react to NATA’s members prescribing limits of maximum safe consumption on its marquee product?

“death from overhydration is rare but also preventable. You simply need to drink less. However, that is sometimes easier said than done with all the conflicting and often incorrect advice that exists about how much water you should consume after intense activity … The advice comes too late for Oliver, who had dreams of playing football in college.”

Zyrees did not die from an unpredictable accident, or an act of nature. His death was a predictable consequence of excessive hydration and extreme hyponatremia. With the right hydration guidelines made public to all coaches and athletes, he may have survived today. Now it’s our duty to prevent the next Zyrees from dying young. But if we leave it up to “experts” like Bryan Anderson and the Gatorade Sports Science Institute, will enough coaches and athletes learn to avoid over-hydration?

As a British Journal of Sports Medicine study reported, “Runners have a poor understanding of the physiological consequences of hydration behaviours that frequently reflect messages of advertising.” Tragically, “athletes” could easily replace “runners” in that sentence, with no loss of meaning.

Please join us in supporting Zyrees’ family as they bury their son.