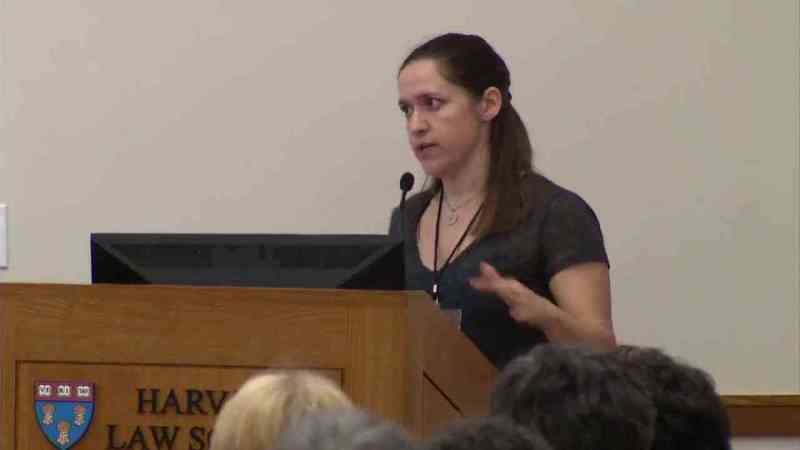 Blogger Emily Deans wrote this article on the backstory between CrossFit, Robb Wolf, and James Fitzgerald.  Emily, an M.D. Psychiatrist from Massachusetts, met Wolf and Fitzgerald at a “Paleo” event. Unfortunately, Emily made no effort to learn both sides of the story, resulting in a number of basic factual errors in her post. What follows is pulled directly from her blog’s comment section:

Hi, this is Russell Berger from CrossFit HQ. I can tell from your tone and scientific background that you appreciate a well-rounded perspective where both sides of a story are taken into account. I also really appreciate the advice you give in your blog’s “Basic premise” section, and think it sounds remarkably similar to CrossFit’s
“World-Class Fitness in 100 Words” (http://www.crossfit.com/cf-info/start-how.html) In other words, I think we have a lot in common.

That said, your post contains some significant factual inaccuracies. I don’t blame you specifically for these – I’ve seen these claims repeated in a variety of places, but I think this is a good place to set the record straight.

You wrote: “The training session was an OPT presentation by James FitzGerald. Apparently he has the honor of being kicked out of Crossfit just like Robb Wolf.”

James Fitzgerald was not “kicked out of CrossFit.” He owned CrossFit Calgary until December of 2011, when he voluntarily transferred his ownership of CrossFit Calgary over to Brett Marshall. I’ve seen the email thread where they transferred ownership, and it happened in a friendly manner agreeable to all sides. I can’t tell you why he did it, but I can tell you it was of his own accord.

You also wrote: “How could Crossfit HQ dismiss James and Robb for the crimes of suggesting paleo nutrition, the idea of on-ramp beginners training rather than ubiquitous “scaling” and *gasp* periodization?”

This statement is also not correct. A Paleo-type approach to food quality is consistent with what CrossFit teaches and has always taught. Check out the the Nutrition section on the CrossFit website: http://www.crossfit.com/cf-info/start-diet.html.

The real disagreement between Robb and CrossFit was never “Paleo vs. Zone.” This is an imaginary argument; nowhere in anything CrossFit has written or taught have we been against Paleo or a whole foods style of eating.

CrossFit has also never opposed the use of periodization as an approach to individualizing training plans based on an athlete’s goals. Greg Glassman has said “Periodization as variations in intensity: inescapable. Periodization as planned variations in intensity to optimize performance: witchcraft.” This quote is often interpreted as CrossFit rejecting periodization in all forms, but CrossFit’s critique is of the one-size-fits-all approach to periodization. Greg Glassman has said this is like throwing size-8 shoes into the crowd. For some, the shoes would fit great, for others, not so much. This criticism has proven to be too nuanced for most critics to grasp, but the distinction is important, as I’m sure you can see.

Furthermore, the disagreement between CrossFit and Robb was also not “on-ramps or
not”, as Robb has claimed. This is another imaginary argument. CrossFit has always encouraged affiliate experimentation with foundations classes and on-ramp programs.

In this 2009 video (http://library.crossfit.com/free/video/CFJ_Glassman_OkinawaLecture4.mov), Greg Glassman encourages a group of Marines (presumably in better shape than a deconditioned civilian client) to “Spend a month (at least) on just basics before doing anything with intensity.” He goes on to warn that “…If you don’t plan for low trajectory on a distant horizon, nature will provide it for you.” This shows that the idea of a lower intensity, skills-based on-ramp or foundations program is clearly in-line with the core philosophy of the CrossFit program. Robb’s issue is that CrossFit would not standardize on-ramp programs and require that all affiliates use them.

This last point highlights the central disagreement between Robb and CrossFit: CrossFit has always insisted upon offering our Affiliates maximal autonomy to run their own businesses. In contrast, Robb has long recommended that CrossFit HQ exert “quality control” over the affiliates (source: http://robbwolf.com/wp//wp-content/uploads/2011/08/Episode-91.pdf). “Quality control” would require CrossFit HQ to impose a particular way of training and business upon the affiliates.

CrossFit, on the other hand, prefers that its affiliates be free to experiment with various methods in all aspects of their businesses, whether that be a Paleo approach to nutrition, or not, using an on-ramp program, or not, or using periodization, or not (source: http://journal.crossfit.com/2012/07/gregglassmansitdown-part1.tpl).

So, as you can see, the real debate is over how much freedom CrossFit affiliates should have to make their own decisions. CrossFit insists that its affiliates should be able to train their clients and run their businesses as they see fit. Robb, and many others, argue otherwise.

Emily,
Sorry again for the accidental double-post of the first part of my response. Any chance I’ll be hearing a reply from you based on the information I’ve provided about your post?

I rarely comment on new comments on old posts (life is short, after all). I’m sure the 6 people who read this post nowadays will be very interested to hear your side of the story. 🙂

I was actually hoping you would respond by creating another post for your blog with these (correct) version of the events you described. I only wrote this on your blog because I assumed that as an M.D. you have some appreciation for the process of seeking truth, and I also assumed would feel morally obligated to correct a publication of yours that was inaccurate.
This seems especially important because the inaccurate version of the events you have described discredits my company (CrossFit) and the many good and honest people who work for it. Thank you for considering.

Russel-
good to see the HQ SS machine finally caught this! You guys need to tighten your web to make it happen in “real time”.

How far you have fallen man. Once an American Hero, now this.

Robb,
I feel it is important to set the record straight. The version of events you’ve sold to Emily paint a negative picture of the people I work with and are as unfair as they are inaccurate. I realize this may be a sensitive issue for you, but criticizing me personally doesn’t do anything to show where or how I got the facts wrong.